So I guess I should be thankful that I wasn’t at work today. Yes that is my desk. Had I been sitting there I would probably be wet and have a headache. The white bucket in the desk fell through the hole in the ceiling. 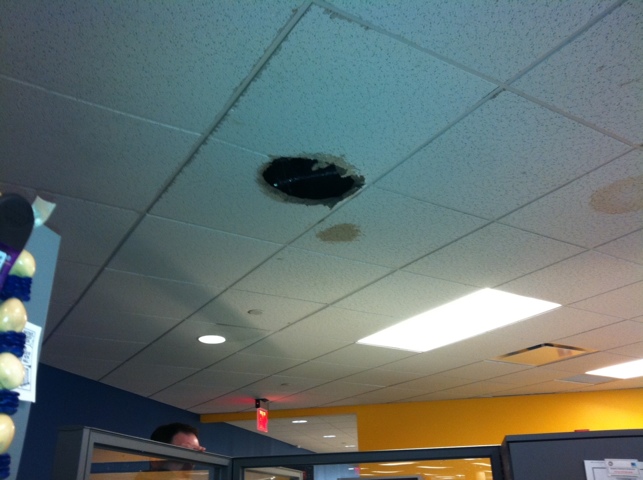 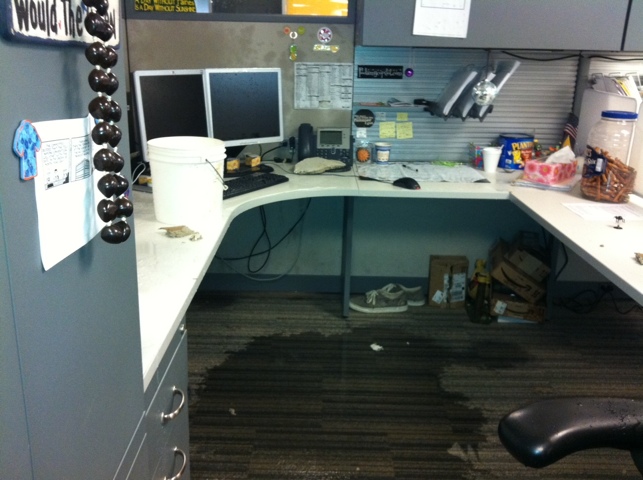 So much for Halloween. 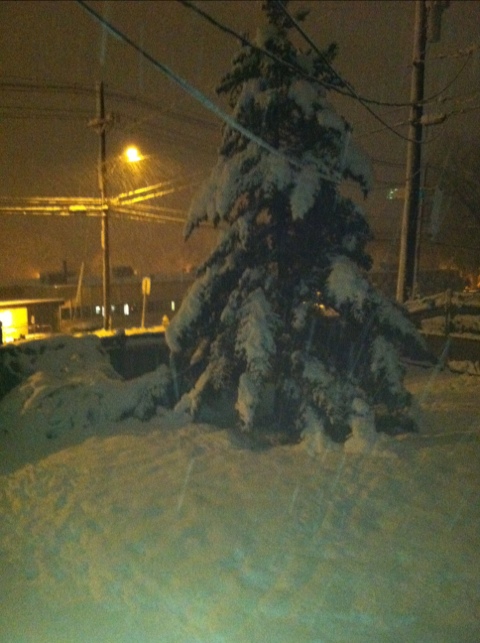 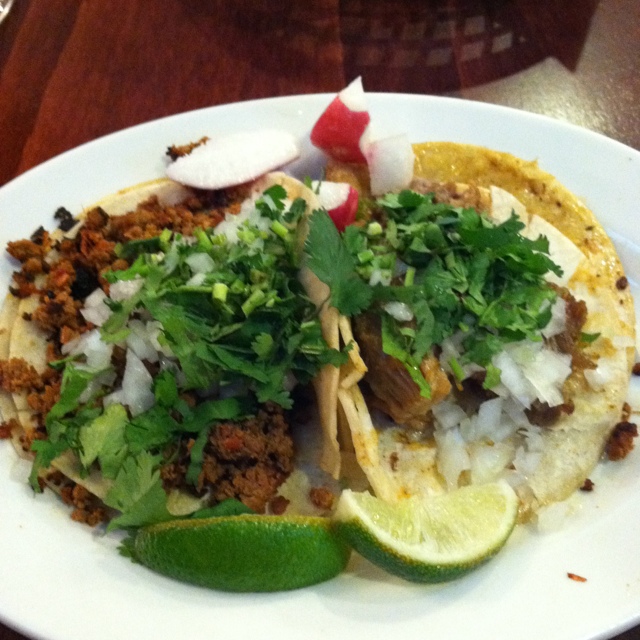 Hello Again! Not much new to report here.

Been a quiet week here. We have still yet to start the install of the new heating system, and wouldn’t you know it they are predicting a Freak October Snowstorm for today. Well I for one will believe it when I see it (I tend to not believe the weather people as they have cried wolf one too many times). Come on Irene?

Tonight is also our friends 3rd Annual Halloween party. The costume ideas didn’t come to me as freely as they have in past years, but I think the hosts and some of the guests will get a kick out of what we decided. As the token gays (us and another couple are it in the homo dept) and the gracious guests we are, I asked our friend what we should bring (in hindsight I knew I should have asked his girlfriend). He said since I  am so good at making desserts that I should bring one.

This of course throws my brain into high gear to find something to wow them with. Boxed cake mix or brownies won’t cut it with this gaggle. The hosts are also part of our Brunch group (the token straights) so I need to be fancy and wow them. So I took to the interwebs and found a great new food blog. It is written by these 2 girls Teri and Jenni, its called Spoon Fork Bacon, what’s not to love about it with Bacon in the title. I found a great Pumpkin Mousse recipe I will be making for the party. I’ve also found 2 or 3 other recipes I think I want to try. The 2nd one that caught my eye was the Salted Caramel and Bacon ice cream, they made it into Ice Cream Sandwiches using Graham Crackers, There is my next Brunch recipe!

In the silver lining department I think this no heat in the house will do wonders for the Whipped Cream I have to make!

That’s all I got for now, check back later for costume and Pumpkin Mousse pics.

I swear we now have the cleanest basement known to man. 3 hours pressure washing the floors made for a very tiring Sunday afternoon.

Best part of the day was the big pot of chili and cornbread the hubby made for dinner. 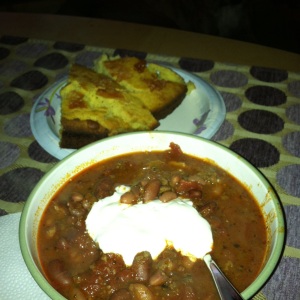 Sent from Mr. D my iPhone

It was the best of times it was the worst of times, that is the question.

Wait I think I’m mixing up my metaphors. Or my similes, or my conjunction junctions or what have you.

This week was a whirlwind of something old, something new, red fish, blue fish, hop on pop.

The something Old was a visit by my Longest (I can’t say oldest since she is my age) friend. We met in Middle School all those years ago. She lived here in CT after college, got married, had a cute daughter, moved to Virginia, then just recently out to Colorado. I haven’t seen here in about 6 or so years I would say.

So she came back to visit her parents so naturally we had to get together, so we invited her and her daughter over for the evening. Dinner was Salad, Baked Chicken Breast, Mac and Cheese and vegetables. Then we had a nice chat, played some Apples to Apples and in A Pickle. Had a lovely chocolate cake for dessert then called it a night. We saw them again on Friday for dinner with her parents as they left Saturday to go back home.

The some New was on Wednesday the release of iOS5 for the iPhone. I have been so looking forward to this upgrade as it now allowed me to text (or iMessage as they call it) with others on iOS5 and not have it deducted from my text plan. I can hear you all groaning, what you don’t have unlimited texting. No I don’t in an effort to be a little thrifty, we opted for the lower cost text plan. Now that doesn’t matter as the people I will text the most with are iPhone users. And those I now want to text the most with I can.

Yesterday though was the most exciting day of the week. We bid a fond farewell to something old that we most certainly won’t miss. 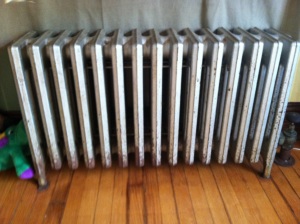 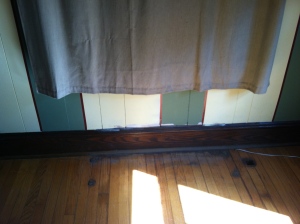 Our house was built in 1927 and at the time I guess the homeowners thought this was the best way or option to heat the house. There were 6 of these lovely radiators that were removed, along with all of the piping in the basement that connected them to the boiler. This has been an ongoing project since the middle of September.

It all started with the hubby finding a leak in the oil tank in the basement. It has since cascaded into an entire overhaul of our heating system. What once was an Oil based Steam Radiator heating system with a boiler older than me, will become a state of the art (if we are going to do it, may as well do it right). system. It will be Gas based since we have that coming into the house already for the stove and dryer, forced hot air, and hell may as well add on the Central Air unit to make our lives even better. Humidity control will be added since it is the North and humidity can be a pain in the ass. All in all it will be a great move for us, plus removing the radiators opens up the floor plan just a little bit in the rooms we use the most.

My favorite part of the whole thing is the Electronic Thermostat, when in screensaver mode, doubles as a digital picture frame.

It’s easier to let the pictures speak for the weekend we had. Friday and Sunday were there, nothing really exciting, although I did get the lawn mowed, it needed it very badly.

Here is the fun and frivolity from Saturday.  It has been way too long since we got together with our friends Walt and Ken. We last did a lunch date in March and then we saw them for a short weekend visit in June. It was nice to see them and share some good times with them. 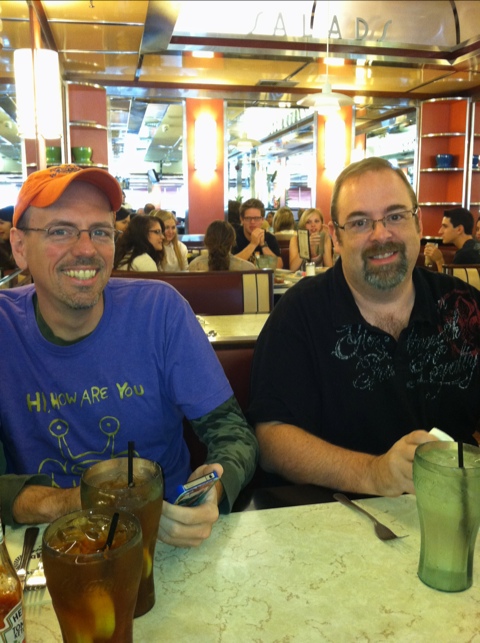 The Cute waiters. Neither of which waited on us. We got the ditzy blond girl. 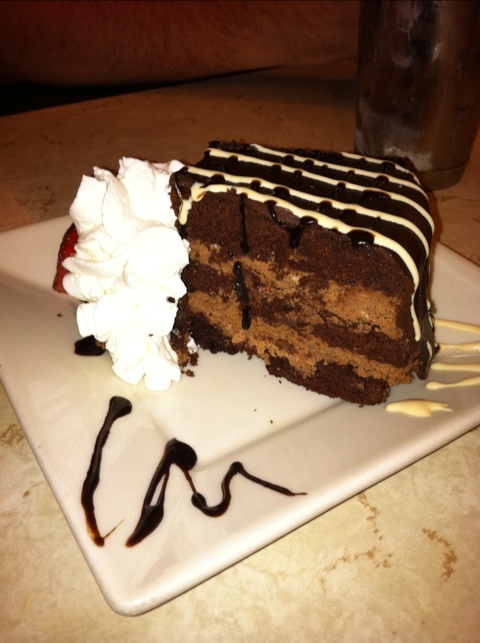 I loves me some Walt! 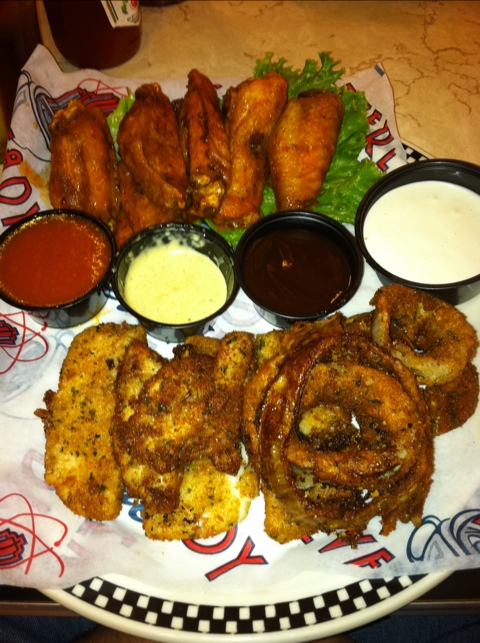 Why yes I did have the Appetizer Sampler for Lunch!

So I thought I would take a stab at this 5 on the 5th think that Steven Chapman does over on his blog.

“Take 5 photographs on the days leading up to the 5th and publish those on your own blog and then add the link to his blog, State of the Nation UK so that others can see your images. ”

This Month’s Theme is: PLEASURE

A good Drink Goes a long way. I’m told this is called a Scarlet O’Hara 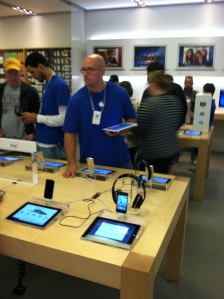 Hot Boys at the Apple Store Bring me Pleasure too 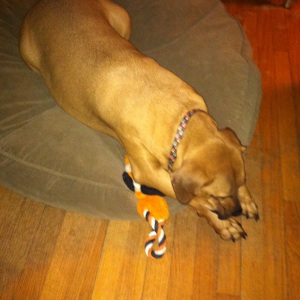 Me sporting that Snazzy bowtie!